Skip to content
2018 FIFA WORLD CUP –  As we know France won the 2018 FIFA World Cup by 4-2 goals after doing lots of tries and the other side Croatia was also playing too good and take the runner position in the FIFA season 2018. France captain Hugo Lloris and Croatia captain Luka Modric play final FIFA 2018 in this post we learn about the team of France and captaincy of France and Croatia. 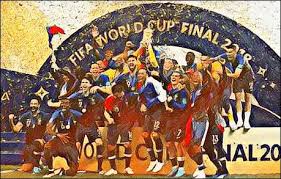 If Want every latest news, technology, tips & free internet trick then follow my site to get email notification.

Scroll back to top